It’s been an odd working week really, very ‘normal’ if there can be such a thing at a busy visitor attraction. The school summer holidays roll on, and from different working points, I see the visitors working their way to and fro, following the designed route on the way in, drifting more freely on the way out. Clouds have rolled by with the sun shining down on bleached lawns, and the odd shout can be heard coming from the picnic and play areas by families having, hopefully, fun times. Cows in the adjacent field drift towards the fence to greet the early passers by, and then
vanish for their breakfast, only to return a few hours later to wade in the lake. It’s a scene more akin to wildebeest in the River Nile – we just need a crock or two for drama! Id have to mention the anglers of course, who sit quietly between the trees, causing the odd ripple as they whip out another fish; probably the same one that’s been caught a hundred times before – fish and their memories eh! Still, it’s a lovely sight and one that must go back with the history of the lake, over three hundred years or so most likely. 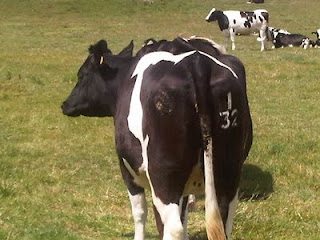 The above seems to go on day after day, not including Mondays of course, as we’re closed on Mondays, and the numbers ebb and flow nicely. Naturally, the grounds can become quite restrictive for the grounds team in the summer months, and at peak times we just seem to be in the way, what with our noisy tractors or machinery. There are benefits though, just last week I happened across a family quite early in the day. Two young boys I could see were staring at my red Massey tractor as I paused to unlock a gate. Turning it off & making safe, I offered to their mom a chance for them to sit in the seat, and the boys beamed with excitement, plus a little apprehension I’m certain. The photo moment soon passed, and the boys waved as I disappeared through the gate to go watering; happy customers I hope (I also managed to squeeze in a plug for the summer space activities at the mansion!) On the whole, we can adjust our work pattern & avoid any disturbed times for the visitors, especially as I’d like for them to enjoy the calm of Compton Verney, & sounds of the wildlife – not wild grounds men or Crocodiles!

The consistently high temperatures and low rainfall across the area has brought an unusual season outside at Compton. The lawns have shown little growth on the whole, allowing three or more weeks between trimmings, the longer growth helping to keep the sward a little greener I believe. The lawns have dealt with the weather well, helped along no doubt by the heavy maintenance last autumn. The time saved by less mowing has been soaked up by extra watering of new planting, and mostly the new trees planted out in the parkland. Being larger trees, the roots have yet to make their way into the soil and with the shrinkage of the clay soil generally, adding to the regular warm breeze in their exposed positions, it is easy to see why they are struggling to establish! We battle on, having even called in the services of a local farmer, who was able to double the quantity of water given for each tree. Following a little rain, we topped up the bark mulch on another batch of trees this week, and will be out watering yet again this coming week.
Towards the end of last week, Laura Ellen-Bacon, ‘artist-in-residence’ at Compton Verney this summer, appeared to start her second major artwork in the grounds. The feature was showing its initial form as Friday progressed, and after popping in to see progress today, (Sunday,) I am really impressed. I’ll be posting some photographs early this week, as I wanted to hold back until it was finished. It is a departure from her more tried and tested willow weaving, using a type of ribbon, and it was proving very popular with visitors this morning. The artwork, as with the willow pieces previously constructed, blend and mould themselves into their situations beautifully, making them one with their environment, which is a total contrast to the works from other artists currently exhibited in the grounds: Spiegelei, & The horse is a noble animal (a large, none rocking horse.) These artworks are thought provoking in a different way entirely, and if I’ve had one conversation with a puzzled visitor, I’ve had fifty conversations, all explaining what is being achieved, and why.

Ah well, I must stop thinking about work for a moment, as the weekend is fluttering away, and there will be plenty to pick up first thing in the morning and during the week ahead. We’ve got tree works planned, ‘admin’ to be getting on with, training to schedule in & oh yes – more artworks with Laura Ellen-Bacon to get on the go for next weekend – visitor participation welcome!


One last thing - Can anyone teach me a rain dance?!