At Compton Verney in south Warwickshire I have responsibility for a small area of ornamental woodland. This green wood was manipulated into something like its current form from 1768 by Lancelot 'Capability' Brown and his teams of workers, when they developed a previous formal layout of the grounds to one more natural. The mansion, central at that time to a much larger estate is a Georgian masterpiece that was saved from dereliction in 1993 by the Peter Moores Foundation. Compton Verney House, once restored and enlarged became home not only to significant a art collection, but also developed to stage prominent art exhibitions.

﻿ ﻿ The focus for this post is a woodland garden called the Ice House Coppice. On the surface the coppice, but for a winding and recently laid footpath, appears to be a simple and possibly quite bland wooded area. Even after major efforts over recent years to clear superfluous growth and replant with shrubs and trees, the area has yet to regain the character I believe it once had. It is well laid out now and mostly in hand (there's always work remaining with a garden,) but the coppice as an area does require some refining and can at present appear simplistic. For me however, it offers much scope with regard to planting and creativity in general. It gives an opportunity to experiment and show how great an 'informal' eighteenth century garden could be - I believe that on the whole they aren't accepted and can be miss understood as gardens.

﻿ ﻿ Believe me, it isn't as easy as one might imagine, as there are a host of complications, necessitating a considered approach. A balance must be struck as for many years the woodland was left largely to its own devices, gardening was all but forgotten, and it developed into a semi-wilderness as nature started reclamation. Working with the wildlife is challenging but immensely enjoyable, and in so many ways I'm hoping the coppice will become even more diverse and attractive to wildlife as we increase the range of planting. Additionally, as we learn about the wildlife species that visit Compton, we can further provide for their needs with planting and habitat provision.

﻿ ﻿
I'm sure that to some who pass through, the coppice could be considered a quaint yet tedious and unnecessarily long route to the gallery. I know this from overheard comments from those who know and prefer the shorter, if more hazardous route along the road. I would suggest that to those who take a little more time to look, the coppice even at this early stage of improvement offers a gentle and calming approach to the mansion with stately trees, singing birds, and blossom at every level - there's lots of life to see. Meandering through the woodland path provides vistas through re-invigorated shrubberies and across the lake to a mansion in perfect harmony with its surroundings. An opportunity not to be overlooked! 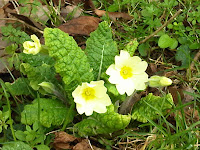 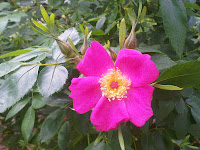 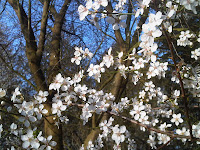 The background:Planting -
naturally there's the physical evidence 'in' the ground so to speak, but relatively little dates back to the 18th century. Most original plants will at best have spread far from original planting places, and at worst will have died out many moons ago; especially given the 238 years that have elapsed since the landscape design was completed since Brown. Living tree cover is largely English Oak and Yew, (some Yews being 18thC at least,) along with mature Box, Holly, Cherry and Portugal Laurel. Herbaceous planting is quite informative, and whilst much is native and could have been naturally introduced, there is more diversity of material requiring more detailed focus - I'll cover this in another post.

Maps and Plans - these are of course very handy, and offer a fascinating glimpse of the estate developments from the 1700's; yet they tease when it comes to any real detail beneath those trees. The overall design is clear to see, and the maturing spread of trees is shown beautifully but offer little in the way of detailed design/illustration etc. Path networks are shown too, singles and clusters of trees suggesting where we need to re-open views or enclose with planting. I pray for a Georgian gardeners diary or original planting plan to surface one day!

Archaeology - has been carried out, and is helpful to a degree, but somehow I still need more and frustratingly there appears to be very little information that survives that I can really hang my hat on. Ground forms and undulations are evident but quite predictable across the site, although a number of large stumps and holes show original tree positions and ground levels. Incidentally, the recently re-layed footpath, which followed very closely the Brown path line was constructed over the original path, thus minimising the risk to archaeology or tree roots.

Photography - c1900 is available but so far appears to focus on the mansion and more open areas. The woodland garden, then and now is hard to photograph effectively, and I assume most photographers headed for the lighter, more structured photograph opportunities. If you've tracked down an image or two - do let me know!

Contemporary references - to the grounds are of particular importance when I endeavour to understand exactly how the grounds would have looked in their later eighteenth century prime. I happened across two particular quotes last year which are recorded in the excellent Warwickshire Country Houses, by Geoffrey Tyack:

In 1767, after Adam but just before Brown began his major work, Richard Jago wrote in 'Edge Hill, or the Rural Prospect delineated and moralized' :

At his command,
New Pillars grace the House with Grecian pomp
Of Corinth's gay design. At his command,
On hill, or plain, new culture clothes the scene
With verdant grass, or variegated grove;
And bubbling rills in sweeter notes discharge
Their liquid stores.

In 1802, George Lipscomb wrote his 'Journey to south Wales', at a time when the trees would have been maturing and the shrubberies well stocked and managed:

'the exterior of the house is rather neat than splendid, and the rooms should rather be called commodius than magnificent; but the pleasure grounds are varied with great elegance, and the water and plantations are delightful'.


The two quotes refer to Compton in its later 18th century prime. We can be fairly sure, especially in the latter quote that the grounds were mature and well tended to draw such flattering praise. The pleasure grounds and plantations being of 'great elegance' and 'delightful', drive me to want more for the grounds, yet I still thirst for more knowledge. There were other plantations and shrubberies at Compton of course, these skirted the stables, walled gardens and flanked a walk to the orangery and beyond. At least I can be sure that the grounds at ComptonVerney were substantial, and if I needed any reassurance; were of good quality and fulfilling their role as decorative areas of the grounds. Not only had they received praise from notable visitors, but then as now provided tranquillity and diversity; as the mansion was modernised for entertaining in grand style, then the grounds, modelled by England's foremost garden designer were surely no second rate attachment.


In terms of an organised understanding of the coppice, and a considered approach to it's development; we have a conservation plan to refer to. This is a well researched study and agreed management plan for the grounds as a whole, and draws together specialist surveys including trees, flora, fauna, archaeology, and known historical developments. Additionally, and importantly; it offers guidance with regard to enhancing areas appropriately. I'd like to think I know best for the area, but a regular check of the plan helps keep my woodland garden in its wider context - it is more than just a garden. It does have a strong history and established use, and it has a role to play for Compton Verney as a natural resource and visitor attraction.
One thing is for sure: the audience for today's garden is very different than of the Georgian era, and diversity is, I believe the answer.


I'm clear in my head about where the coppice, as a product is going, and I feel it has great potential as a woodland garden in its own right. It can be a garden where period correct planting, appropriate for a grade 2* historic landscape performs happily to all types of people, be they focused arts visitors or those in search of a darn good woodland garden!

Naturally I have a strong drive to use period planting, which in many cases is native too, but in all cases, our work is reversible, especially considering the fact that more historical information could come to light and change our views to the renovation. The garden I feel is entirely appropriate, offers many things to many people, and will I hope become another jewel in Compton Verney's crown. I'm aiming for the ice house coppice at Compton Verney to be the foremost woodland garden in Warwickshire, so please visit and see the progress. Interact with the garden, walk the paths down to the lake edge, sit for a while on a bench and see the fish jump, and do let us know what you think!

Quotes thanks to 'Warwickshire Country Houses', by Geoffrey Tyack.

The name interests me. I have a particular idea of a coppice (to do with the way the trees are regularly cut back) which doesn't fit this. Have I got my idea wrong or is this coppice not a coppice?

Thanks for the comment Lucy. Correct, the ice house coppice these days is a coppice only in name. The ice house part of the name comes from an actual ice house that was installed in 1772, but the name coppice most likely goes back to medieval times when a village existed a stones throw away. The wood was most likely a working wood, or coppiced wood in its early form, picking up the additional 'ice house' title during the 18th C. You're thinking is correct, a coppice is tradionally a working woodland, where trees are cut down, or 'coppiced' and the wood used in a number of ways. There are a number of species there that would allow coppice pruning, but this would be driven more by the aesthetics and tree management of the area rather than for timber production. Does this help?

I have a lot of photos taken over my four years Gary I could put them on a disc if you wish and give them to you. Maybe you could use some here.

Hello John,
That is very kind of you, and I'd appreciate that very much. My photographs only reach back two years and I haven't as yet found any detailed photo's from earlier. Let me know if I can be of any help.
Regards
Gary