I thought I'd pop a few words out in response to an inspiring lecture I attended last night at the Garden Museum, given by a prominent garden and landscape designer, who is also featured in the soon-to-end exhibition there titled Green Fuse: the work of Dan Pearson. The lecture itself brought focus to a handful of garden design projects he has worked on, along with references to Dan's inspiration and experience. 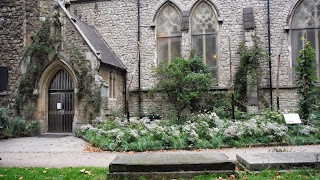 I've been a distant admirer of Dan's work for many years, having picked up on, like many of us, his calm yet committed approach to garden and landscape design. After seeing many of his appearances on television, some stretching much further back than I care to mention, as well as having read his books and articles, I felt that I already had a good, if distant picture of the man and his work. For this lecture therefore, I was happy to sit back and simply hear a few words from the man himself.

Who was I trying to kid. In the end, sitting back is exactly what I couldn't achieve - I was firmly fixed on the edge of my seat and fully engaged in the lecture! After an all-too brief introduction to his early inspiration and journey, Dan ploughed on with some excellent images of projects he'd been involved with, along with some well chosen words to explain their approach. By the way, I took 'their' to mean the team from Dan Pearson Studios, along with his clients of course, for these gardens, even with Dan's significant input appear to come about through collaborative effort. 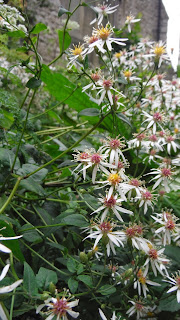 The projects illustrated were not only new creations but garden renovations, an understatement I know, and what came through strongly to me, unsurprisingly I guess, was the high regard given to the past developments of each site. Along with the said respect for the past, there was also a refreshing suggestion of Dan's approach to 'moving the garden forward'. This regard was most interesting to me given my heritage gardening experience, and it became evident that established gardens have featured strongly in his work and influence too. Dan's explanation of the approach he adopted for each garden re-design answered something I've struggled to understand for a while now, especially where 'heritage' gardens and their development is concerned. 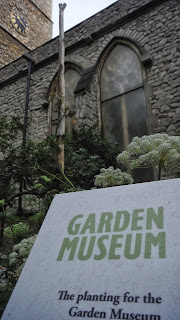 It's obviously important to understand what has previously been created, through documentary evidence and through looking closely at the garden, but the client’s requirements, sensitivities and ongoing arrangements are important too. Combining all of this information, and more is not easy in the slightest, especially with the heritage element weighing heavy. Dan suggested thinking for example of what Jekyll and Lutyens, free thinkers of their day, would have gone on to achieve with a garden had they lived another hundred years. How they would have used new plants, embraced new developments, and also I presume how they would have utilised new technology.

It was this section of the talk that most clearly spoke to me, and provoked much thought as to my past approach to maintaining and developing period gardens. It now seems a little clearer as to how I could respect the past developments of any historic garden I maintained, whilst not being held hostage to it. I have for quite a while held heritage gardens and modern design quite separately apart. Maybe, following Dan's talk, I can at last embrace the newly bred plants and planting techniques, and start to move my garden thinking forward. Inspirational stuff, for me at least. 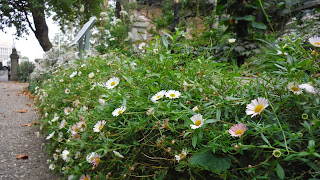 Separate, but not entirely irrelevant to respect for the past, is a high awareness for quality in gardens from the Dan Pearson Studio. His style has developed over many years and is highly respected. Hard landscaping elements are very well considered and executed, and all with serious, if subtle, artistic intent. Planting style was explained too, with detailed images showing how planting plans are worked up and installed. It was also made beautifully clear the importance of attention to detail, recognising I'm glad to say the relevance of retaining lichens and liverworts for example, and the changing of dry mortar mixes between paving to soil mixes, which encourage the establishment of moss, that in turn softens down a new area more quickly – not a new idea, but a great idea used well.

I could go on. The lecture was very good, information packed and worth the travel and overnight stay in the big smoke - a very rare treat for me to be honest. My candle for garden creation and design is flickering back into life following too long in the dark, and I decided, even before the lecture had finished to look more closely at my gardening ways. There could be changes ahead!

If what Dan achieves with his gardening could be bottled, for people to buy from the shelf; there wouldn't be a quality garden centre in the land who wouldn't wish to stock it. My attempt to explain his lecture, and by relation his style; I know falls way short of his actual achievements. His talks are obviously rare, after all, Dan Pearson Studio looks to be quite busy, but if you'd like to know more, I can't recommend strongly enough searching out his books: all are beautifully illustrated, informative, distinctive. Try: 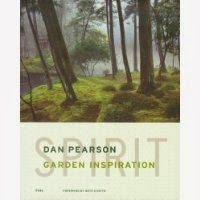 Even better, do visit the Green Fuse exhibition at the Garden Museum, you couldn't wish for a better introduction to the work and life of Dan Pearson, but don't delay, it's only on until October 20, 2013. 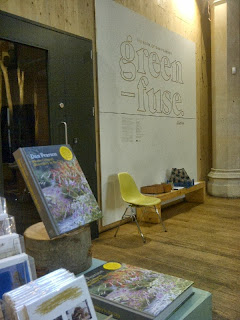 Very interesting article. Thank you. I'm off to see Dan's new William Morris-inspired planting at Compton Verney and this has given me an insight into what he might intend for it.