I last posted an update on the grounds activity at Compton Verney around a month ago yet so much has been happening that it feels so much longer. Time of course is at a premium for many of us, especially during the school summer holidays but work has continued one way or the other, and we've tried our best as a team to slot in and around the summer visitors whilst endeavouring to keep the grounds up to scratch.

It's been quite a treat to see family groups visiting with little ones eager to explore, and it is fascinating to hear the shouts from children enjoying themselves whilst playing in such a lovely environment. The willow tunnel is proving very popular for this, sitting neatly in a sheltered clearing, and the decision to re-weave the stems a little earlier than planned has paid off, as the previously wild feature once again looks inviting and cared for. In fact, our new grounds volunteer 'Mo' wasted no time in tackling the pruning and weaving for us on her first two visits, so all credit goes to Mo for a lovely job! 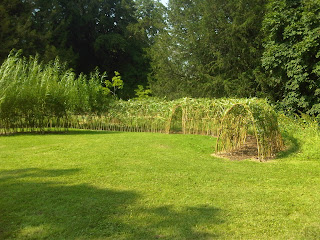 As with the last update, the story is much the same regarding the weather - which continues to toy with us. On the whole I think we've acclimatised to the weathers peculiar behaviour quite well, but there has been the odd day here and there when the weather has misbehaved so badly that I might have muttered the odd negative word here and there... we've utilised the technique of laughing in its face however, and have carried on regardless! ﻿Every now and again though, the clouds part, the blue sky opens up, and the welcome sun bursts through to lift our spirits and remind us that we are in fact at the thick end of summer! 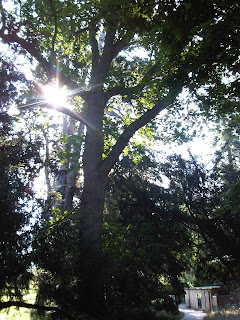 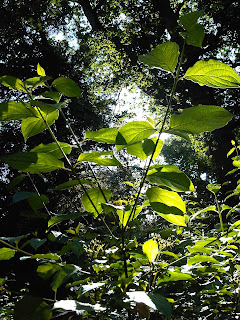 The two images above were taken within the ice house coppice in July, where in August I managed to squeeze some time into the schedule to plant a few more specimens there. This is riding on the back of some research I've been doing in my spare (ha!) time in connection with plants that would have been available to the gardeners at Compton Verney up to the end of the eighteenth century. We've maps that show how the layout of the grounds changed throughout the years, and the landscape garden that has survived is that of Lancelot 'Capability' Brown from around 1770, unfortunately however, we have no surviving information as to the type of plants that would have been used to embellish areas like the ice house coppice. Oh for a leather-bound Compton Verney head gardener diary from the 1770s! I'm not thrown off the scent however, as I view the present lack of an original planting plan as an opportunity, and an exciting one at that.
With Compton Verney having such a wide appeal, I'm aware a lone gardener waffling on about the period planting can seem a little odd, but in my little corner of Warwickshire there is ample scope to demonstrate that late eighteenth century gardens could be just as colourful, interesting and inspirational as any modern day garden. I'll explain my Georgian madness in another post for sure, but suffice to say that I understand Georgian gardens to have been full of carefully chosen plants that created atmosphere and emotion, and they were every bit as considered and carefully created as the mansions where Robert Adam worked his magic. If there's an opportunity for Compton Verney to shine in it's historic surroundings, then why not take full advantage! 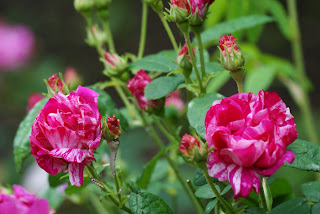 This round of planting is the first of the herbaceous sorts, and with subsequent planting, I hope to make the walk through the coppice more of an experience rather than just a journey. There is a long way to go as the plants will need sourcing and (the difficult bit) paying for, but we are at full strength now with two staff and volunteers, and I'm optimistic we can forge ahead as we move into 2013. 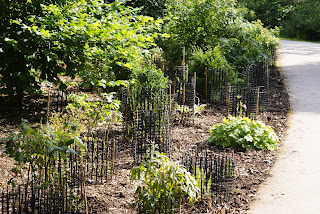 To be honest, even with research and experience, the planting can only be an experiment. 'Pests' of all varieties access the coppice, and have for many years, and as a result many of the plants will need permanent protection. As time goes on, with a little trial and error, we shall see which plants remain un-nibbled and un-munched. If you do get to visit, please forgive the defensive plant guards - if I get things right, they'll be overflowing next year with colourful exotics!

Elsewhere, the grounds have responded well to the regular showers and sunshine. The lawns, helped by a feed in July, have greened up nicely, and the spitfire I marked into the west lawn is filling up day by day with visitor added colourful ribbon to celebrate the 'Flight and the Artistic Imagination' exhibition. We've just completed (but for a little more tidying,) the hedgecutting for this summer, and as expected the growth was longer and tougher than ever.

Amongst some of the shrub (and car park hedge) plantings is one of my favourite plants of the moment - Viburnum lantana. Although an odd choice for a tightly trimmed car park scheme, the lurching Wayfaring-Tree is, in our case given a degree of free reign, for its berries are pretty and useful for winter foraging birds. 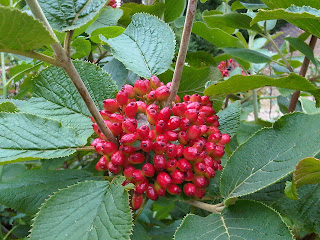 Finally, with so much sky fallen moisture lying in the soil, the bonus for those lucky enough to gain early access to the grounds is the mist filled air which permeates throughout the woodland, and the early sunshine across a still lake. I managed to take my 'proper' camera on one such day recently, and although they were rushed I did manage a few shots on the walk into 'work'. I hope you'll enjoy: 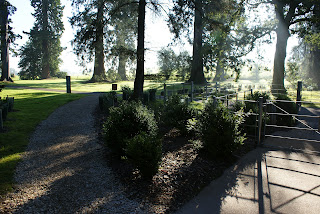 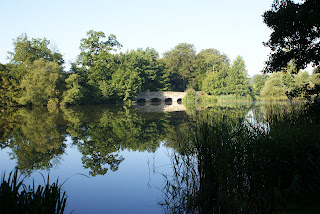 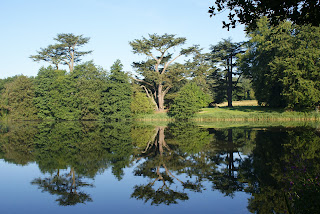 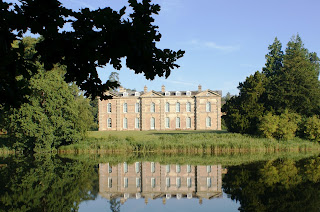 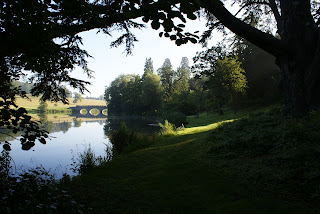 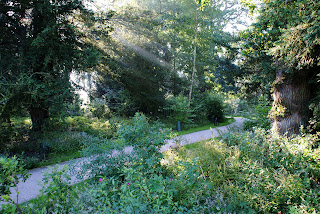 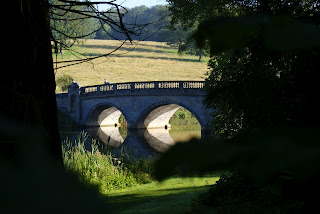 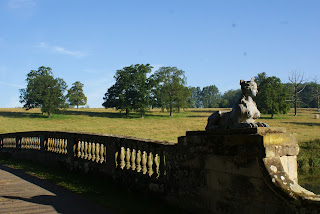 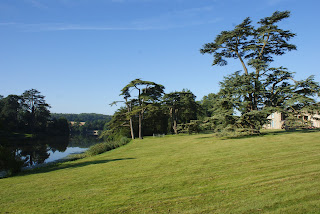 ﻿
I hope you've found this post interesting, and just in case you're a first time visitor; I'll pop a few links to earlier grounds updates below. I can say in its defence that it only scratches the surface of the wide variety of tasks that we deal with, and can only therefore be a token offering. Looking after the grounds are worth every rain or sun soaked moment, and these updates are my way of spreading words and pictures that hopefully exhibit my enjoyment and appreciation for such a special place and garden. Many thanks for the kind comments from visitors - do make all the difference.

Do visit and enjoy!

Summer seems to be going by quicker than usual. I think it's because the weather has never settled. It's all broken up so we can't say either 'that was the year it rained' or 'that was the year of long, sunny days'. It's like having a succession of mini-seasons. Confusing!

Totally agree, it has been varied to say the least, so much so that it isn't a surprise now to get rain blown in when enjoying hot sunshine! All in a days work I guess.